With only few reading minutes, Realtique will help you get the latest updates of the outstanding project in Thu Thiem new urban area: Empire City. Here you will know the most up-to-date information on the market's resale price and rent of Empire City apartments.

Empire City is located right at 2B plot in the core of Thu Thiem new urban area. This is a position that many people call "center of center" with many different advantages. Currently, Empire City has launched 4/11 phases including Linden Residences, Tilia Residences, Cove Residences and Narra Residences. For details on the sale price, rent and information related to the Empire City, let's find out as below:

The geographical location along with the high-class facilities that Empire City Thu Thiem District 2 (Thu Duc City) brings, promises the value of apartments here will keep increasing. Currently, the market price of apartments in this project is from $7,000/m2 (from VND 160 million/m2).

Accordingly, the specific price of each type of apartment can be systemized as follows:

For more support and detailed instructions on legal procedures related to the transfer of Empire City apartments, please contact Realtique via phone number 0866 810 689.

If you are seeking for a comfortable accommodation with clean green living space, the Empire City is one of the best places that should not be missed. Join Realtique to find out the best Empire City's rental rates as follows:

8 REASONS WHY EMPIRE CITY STANDS OUT

In recent times, Empire City urban area has attracted a large number of domestic and foreign real estate buyers. Why is this project so attractive? Let's take a look at 8 outstanding reasons right below!

Empire City is a complex consisting of an 88-story tower, a 5-star hotel, a commercial area, an office area and high-class apartment buildings. This project is expected by the developers to develop into a leading core within the city. It is not only a top-quality residence but also a world-class entertainment destination, thereby opening up many attractive business investment opportunities.

The impressive highlight of this project is the 88-storey tower. This place will become a new symbol of the city which architecture resonates with nature. Empire 88 floors include 3 skyscrapers, of which the central building has a height of 333m.

Besides, this project has a podium structure designed as a miniature garden. Tempting us to once visit and experience the special in the air tropical garden.

The construction progress of Empire City Thu Thiem is divided into 4 phases, specifically:

The location of the Empire City is like the second center of Ho Chi Minh City or 2nd version of District 1. The project is located in functional area No. 2B in the core of Thu Thiem new urban center, Thu Duc City (District 2), Ho Chi Minh City.

With one side stretching on Mai Chi Tho street and the other side adjoining the Saigon River, it has a beautiful view of the city center, bringing many development advantages to the project. At the same time, it also brings a clean green space and reduces noise for residents in the future. From the project, residents can move conveniently to the center of District 1 and other neighboring districts such as Binh Thanh District, District 9, District 7, Thu Duc City...

The specific contiguous directions of the project are as follows:

Empire City Thu Thiem is a modern urban complex with an 88-story high observation tower which is considered the main highlight of this project. Besides, the project also includes high-class apartments, a commercial complex, an office area & 5-star hotel area. The project is developed to provide a full living and working environment as well as an international entertainment area.

The floor plan of Empire apartments is designed with 1 - 2 - 3 - 4 bedroom apartments, penthouse, duplex with many different areas. The specific layout of each building will be changed in accordance with the utility layout of the building, bringing great experiences to customers.

Each building is handed over according to standards including a basement for parking, floors for the commercial area and communal living area, the remaining floors are apartments with different areas from 60 to 300m2.

Each building is equipped with 4-5 elevators with a capacity of 19 to 25 people and emergency ladders. In addition, the spacious lobby and corridor are fitted with natural ventilation systems, fire alarm systems and loudspeakers.

The Master Plan of Empire City

Linden Residences is adjacent to the commercial area with a total area of ​​9,788m2, handed over by the developer in the first quarter of 2021. The building includes:

Apartments in the Empire City are designed and arranged reasonably, from a variety of areas to many different types of housing. This makes it more convenient for you to choose the right apartment depending on your specific needs.

Tilia Residences is a tower located in the Empire City. With a convenient design right in the building and the allocation of 1 - 2 - 3 - 4 bedroom apartments & penthouses, the layout of Tilia Residences apartments varies from floor to floor and the differences between buildings.

Located right next to the Linden Residences tower and near the Saigon River, Tilia Residences apartments all have the view to beautiful river and the bustling center of District 1. All apartments are finished with tile floors and equipped with high-class fitted furniture, especially each apartment has a spacious balcony to ensure high living experience.

Narra Residences is the 4th phase that have been launched of the Empire City. The location of Narra Residences is adjacent to the green lung of Thu Thiem, so the apartments in this tower have beautiful view of many different directions such as river view, 120ha eco forest, District 4, District 1...

Narra Residences offers 256 apartments with a variety of areas to meet the needs of customers. Besides, with 100% high-class glass design and the appearance of Dual Key and high-class penthouse apartments possessing beautiful Panorama views, it is guaranteed to bring outstanding experience to residents.

Cove Residences is located on the banks of the Saigon River with a different apartment design. Cove apartments are designed with high ceilings with a comfortable layout, providing luxurious and sophisticated living space, helping residents have relaxing experience every day.

Empire City urban area model house is designed as extremely unique and eye-catching. When coming to the Empire City model house, you will experience the future living space in the most realistic way.

Fully fitted furnished apartments will be handed over to the owners. In particular, the apartments will be fully equipped with convenient furniture to bring a modern lifestyle for your family. With a minimalist design but no less luxurious, you will be satisfied with what the Empire City apartments bring.

Empire City is developed by Empire City Joint Venture Company Limited. This is a joint venture company with domestic and foreign developers, specifically:

Keppel Land is a subsidiary of Singapore's Keppel Land Group specializing in providing real estate solutions to improve the quality of life of the community. In Vietnam, Keppel Land is one of the pioneers and largest foreign developers in the real estate sector, focusing on many quality portfolios in Ho Chi Minh City.

One of the most famous real estate investment and development enterprises in Vietnam is Tien Phuoc Real Estate Joint Stock Company.

Besides, Tien Phuoc has succeeded with a series of large projects in District 1, District 2, District 5, District 9, Binh Chanh District in Ho Chi Minh City and many other provinces such as Vung Tau, Khanh Hoa, Binh Duong, Binh Phuoc ...

Tran Thai Real Estate Co., Ltd was established in the early stages of Vietnam's real estate market. After 16 years of construction and development, Tran Thai has achieved outstanding achievements, being one of the most effective companies in the real estate field in Vietnam.

Above is some information related to Empire City. If you are in need of buying or renting Empire City apartments, please immediately contact the phone number 0866 810 689 for support. 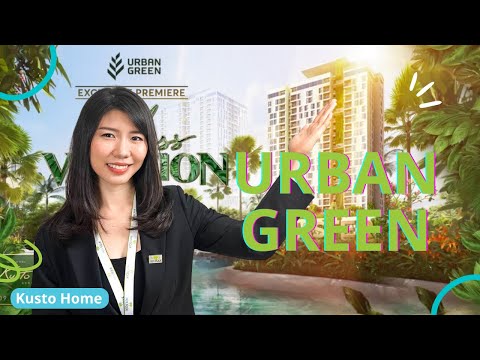 What You've Always Been Looking For...Has Presented At Urban Green 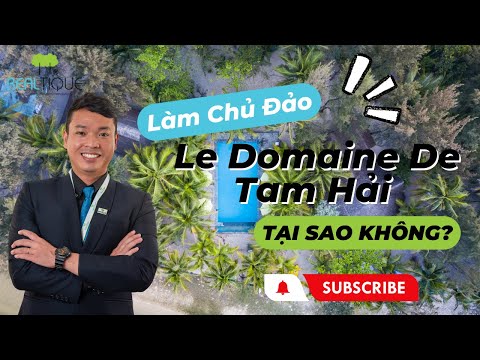